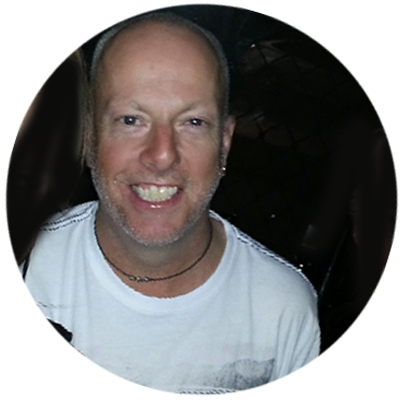 A Question for Dave:

“Dave, Can you remember when you first became passionate about drums, and are there any other passions” ?

Dave – Yes, I can remember when it all started, and yes I have other passions.
Liz Maclean – Tell us about it please

Since I was 9 I used to steal mums pots and pans and make a drum kit.
My mum went mental because I used to be deaf and had several operations to restore my hearing as a small child.

I got my first drum kit at 12 years old, I freaked neighbors out every time we moved house. My favourite things in life are my family. My wife Simone and 3 wicked kids Josh, Tom, and Wilbure (BOB) and of course my band. I love my cars and try to look after them (if I don’t drive into floods).

I love playing drums, AFL and Coach my kids teams.

I have a small business called Skulleys Home Maintenance and employ around 12 people.
I love fixing things and people’s problems, but really my work is just to get me to my weekends. 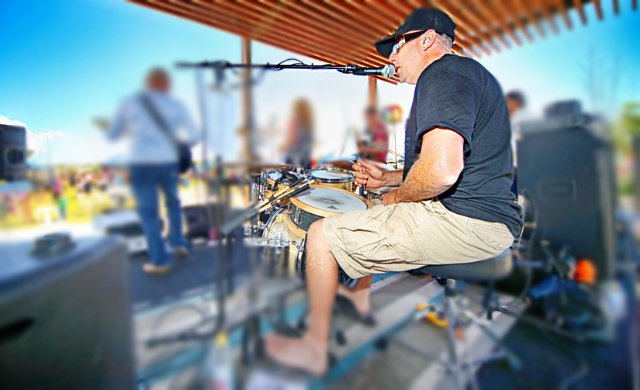 Bass Guitar - By Day an Engineer

A Question for Steve:

“Steve, has there ever been a time when you thought you wouldn’t make it to a gig”?

Steve – Yes, I’ll never forget It.. It was the day when all the roads were invaded by Sunday drivers!
Liz Maclean – Tell us about it Steve?

Here I was absolutely panicking, the gig was staring in 30 minutes, I was still at least 15 minutes away, every red light was causing turmoil, I’m sure every person in the world that couldn’t drive was in front of me. “The lights green..%@ can’t you see that!!!”, “What are you doing, waiting for a written invitation… move”.

You know how it is – the later you are the worse the other drivers are. Anyway despite all the incompetent drivers out there I got to the gig with 20min to spare. Happy days, stop stressing. Still cutting it a bit fine to unpack the car and set up…but doable…

I think not much time to get sorted, normally it takes two trips to get my gear in, but if I stack the trolley really really high I should be able to do it in one trip. Cool – Great plan! So I get out of the car, still pumped a bit from the drive from hell, get the trolley out and start stacking, speaker, amplifier, effects, gig bag, stage shirt, bass guitar precariously stacked on top. Done in record time. Well I’ve got that sorted so proceed to wheel my gear into the hotel. 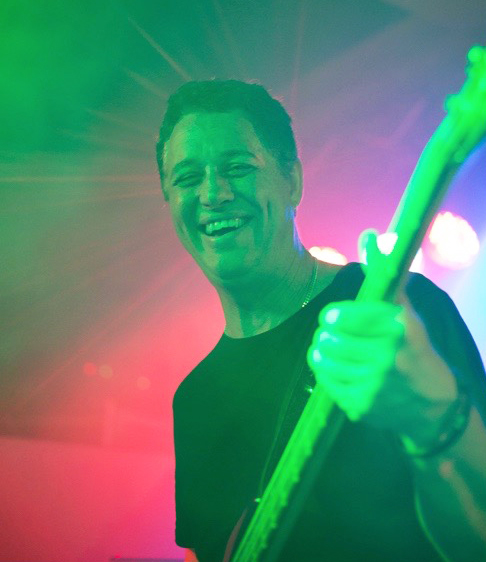 Now the hotel has a couple of turns to navigate before you reach the stage and as I ‘m getting nearer I can start to hear the band doing sound check. You know that annoying 1, 2, 1, 2, thump, ting. Have they ever heard of other numbers? As I approach the sound is becoming clearer. What that’s low noise? Sounds like a bass. Nah, couldn’t be?? I round the corner and I can see the first part of the stage over my precarious stack, the left… where I normally stand…. who’s that? Fit, tall, handsome looking guy with a silver bass around his neck, sparkling in the stage lights. I’m pumped.

Have they replaced me?

Did I say I couldn’t do this gig? I’m already fired up from the drive, getting angry now, so storm around the corner ready for the confrontation. Who are all these people, that’s not my band. I’m feeling very embarrassed now, red faced. It hits me!

Quite obvious I’m at the wrong venue.

Well, this is embarrassing

But then never let an opportunity go by. So I go up to the guy who looks like the band leader and say loudly and boldly. “Well this is embarrassing… I thought you told me you were getting rid of him”, pointing at Mr Flashy Bass. The spluttering and looks was worth the embarrassment. Ha Ha – Had a quick laugh then thought, Dam I really am going to be late.

Not all is lost

Thinking I better get moving, I start heading out and realise not all is lost, the venue I should be at is just a couple of doors up. So I trundle up the street with my precarious tower of gear getting some weird looks and manage to get set up with the help of my band mates with about one minute to spare. I bet it was a rouge gang of Sunday drivers that swapped the building numbers around to cause me that little bit of extra grief! 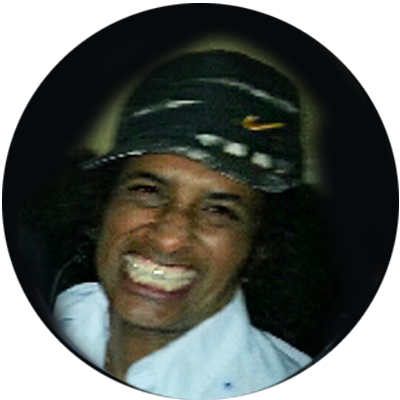 Keyboard Player - By Day an Optometrist

A Question for Jeff:

“Jeff, have you ever done anything on stage that you wish you hadn’t “?

Jeff –  Well I did learn my lesson but, yes I think everyone does at some point in time.
Liz Maclean – Tell us about it Jeff

One particular incident comes to mind.

My Halo fell off!

LUSH was playing at the Burlington a few years ago on a Friday night in the middle of summer. The band was pumped and there was a big crowd enjoying themselves. On stage, combined with the stage lights, the energy of the band, it was hot, real hot… We had cooling fans blowing everywhere. I had a glass of beer, as well as a bottle of water to quench my thirst kept on the floor beneath my keyboards. 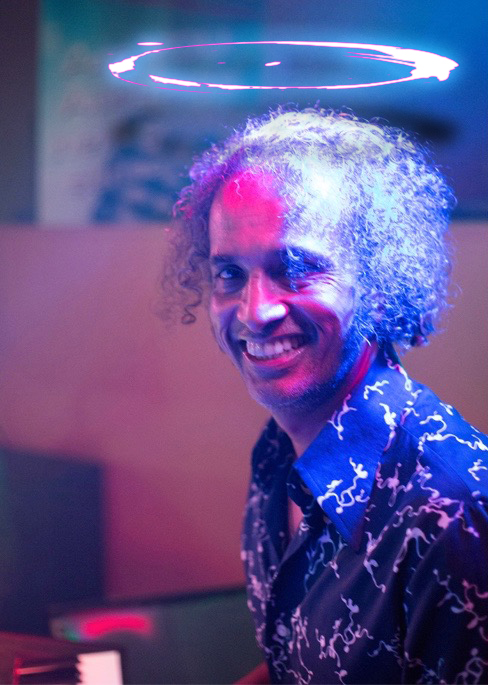 Anyway, one of Allan’s cousins decided to come onto the stage. In the heat of the moment… pardon the pun, I suddenly thought to throw water onto this “stage crasher”… Well guess what happened?

Some of the water landed on her, the rest of it went all over the mixing desk. I saw everything in slow motion, like in a movie when something disastrous is about to happen, or for that matter, funny but not so funny. Well after that, 3 or 4 audio channels slowly stopped working, crackling and sound loss soon occurred.

The gig can’t go on?

Allan and Sam lost all their vocals. This was terrible. I thought the gig can’t now possibly go on, it will have to be stopped short.

I was thinking to myself no more BURLY!!! Gosh I felt awful and stupid, especially as water and musical equipment should be kept as far apart as possible. I of all people knew that.

Not something I would usually do

In the break, Allan in his calm way, sorted the big problem out later, thank goodness it happened when the last song of the set was played, he had a good 20 minutes before we started the next set to patch it up. The next gig we played, Allan came in with a new sound desk he had purchased that week. I had learnt my lesson, just don’t know what came over me. Not something I would usually do. Thankfully, the Burly asked us back. We have been playing there now for around 4 years. We love it. 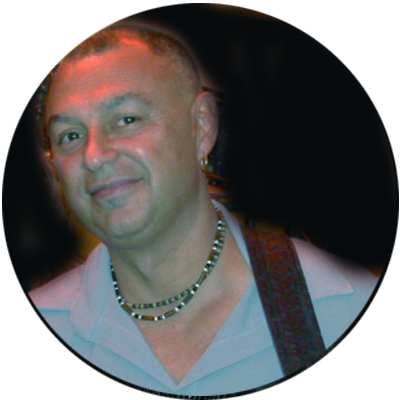 A Question for Allan:

“Allan, I heard a rumor that you like fishing out in the ocean on your boat, do you have a favourite fishing spot” ?

Allan – Yes, actually I have a few favourite fishing spots!

Liz Maclean – Tell us, where’s your favourite pace and what do you usually catch? 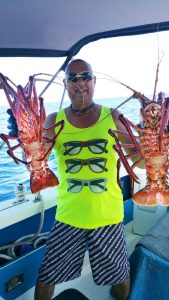 A couple of favourite fishing spots are heading out in the deep water at the back of Rottnest or Garden Island. It’s around 50 kilometers out to snag some Dhufish or Snapper. Two of my favourite eating fish.

The back of Garden Island and Rottnest Island

I’m always up for a good feed of crays. I put cray pots out at the back of Garden Island and Rottnest Island from about December to May for harvesting later on, and feed up friends and family.
They love it! 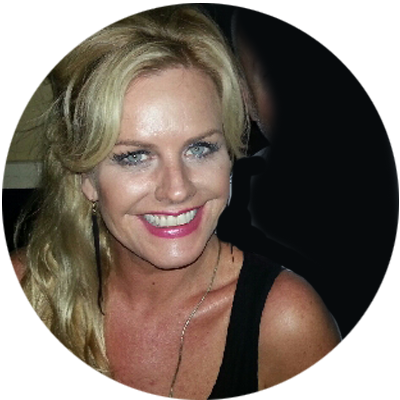 A Question for Sam:

“Sam, I ‘m a Mum too! I know how much hard work it is. How do you manage to do what you do?
Are you related to superwoman!

It’s hectic juggling gigging life with family life as my husband works away.  (Very long suffering husband) Thankfully I have a wonderful and supportive family who help me out when I am away.

Having the 4 boys in the band in my family has always been interesting.  We are all very close and have helped each other in hard times. We are all very like minded and just get on so well. Of course not all of the time, that would just be boring.  We get a lot of people saying that we look like we are having so much fun on stage!
WE ARE!! We all love entertaining and making people happy. 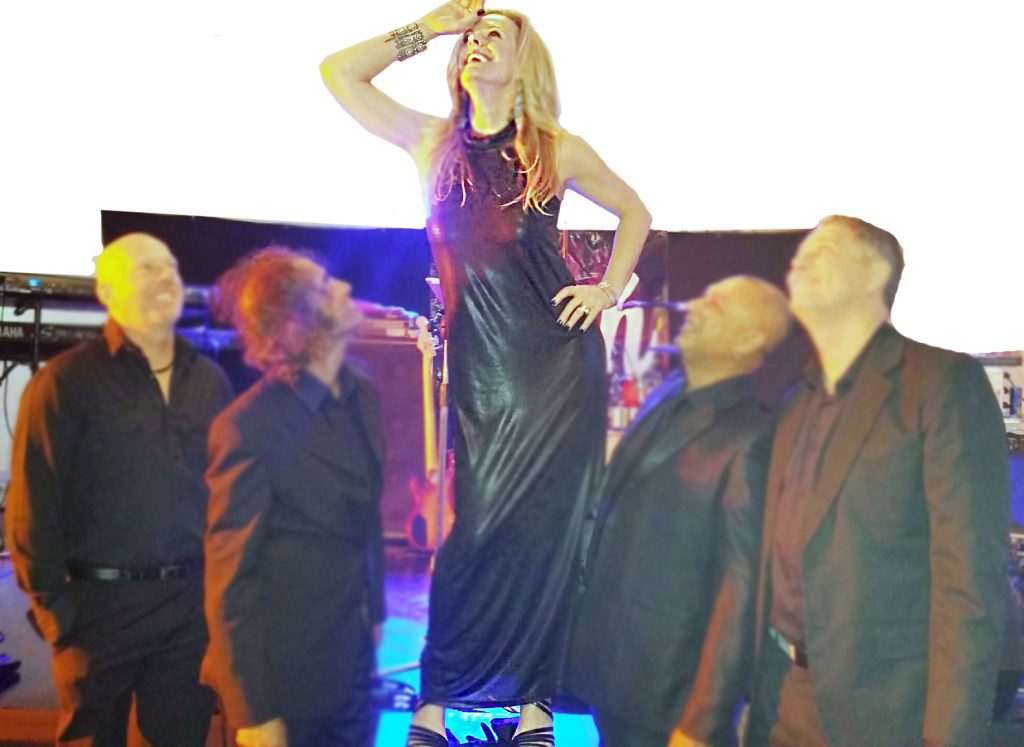 My wonderful husband and I, have a little escape place down in Binningup which we have had now for 20 years. We love our little get away as it is so close to Perth. It also means I can still travel from there for gigs.

Our family set up on Binningup beach! Our beloved 1960 series 2 Landy! We spend the whole day down there, weather permitting.
On the Left, the local furry attraction from our deck. On the right the beautiful Binningup beach sunset.