Dave’s Wave and Samantha tells all

Lush The Band Bookings for the Commodores Ball 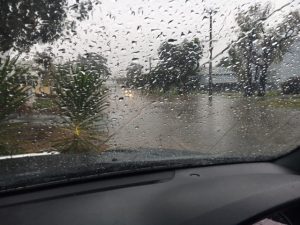 Talk about the show MUST
go on..

On the way to one of Lush The Band Bookings, things could not have become more scary as Samantha “Sam” Lead singer of Lush the Band explains; a couple of weeks ago during torrential rain she said we had a gig at the Ocean Reef fishing club, It was the Commodores Ball.

To ensure smooth running at our clients venue, as usual the boys went ahead of time to set up!
About 6 o’clock Sam said, I get a call from Allan to say that Dave our drummer had been in an accident.
And they could not contact him. Sam explained how she started to make calls and finally Sam manages to get hold of Dave.

On the way to the gig, imagine you can’t see because the rain was so heavy, Dave hit a deep deep puddle which makes his car stop dead in its tracks.
Because of the force of the impact Dave nearly concusses him self on the dashboard and has a lucky escape, He’s very lucky he didn’t knock himself out. Dave goes on to explain, as he opens the door huge quantities of water rushes in, really it’s such a panic, so he closes it quickly and calls for help. Thankfully a passer by stops and happens to have a snatchet strap and is able to pull him out. 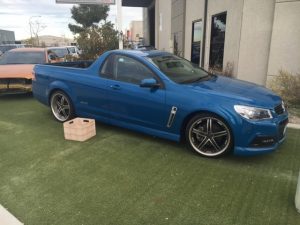 Unfortunately the car won’t start again and had to be towed away.

Help finally arrived as a good friend turns up and they both transfer the drum kit to the friends car and Dave manages to arrive in the nick of time. A little wet and disheveled by the whole experience obviously.

Sadly one of the loves of Dave’s life “The car” has been written off due to water damage.

It was Dave’s baby, he had only had it for 3 years. Never mind he’s off to buy another Beaut Ute!!
The pics above are the floor mat in Dave’s car the next day still Floating in water.

Dave’s wave is what he said he hit!!! Gotta love it!

Well, you know you can count on us if you have one of Lush The Band Bookings The show MUST go on! 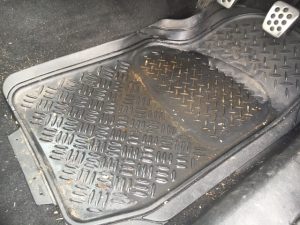